Big thanks to Jim Shears Blacksmith and Tina for making our new sign. The copper detail for the original design by Susan McGill Designs look wonderful. 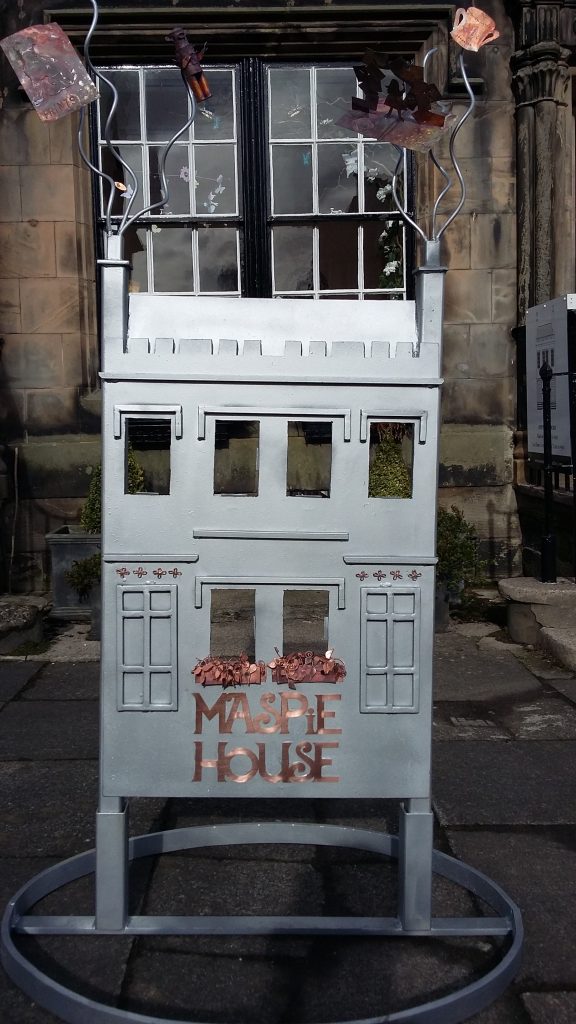 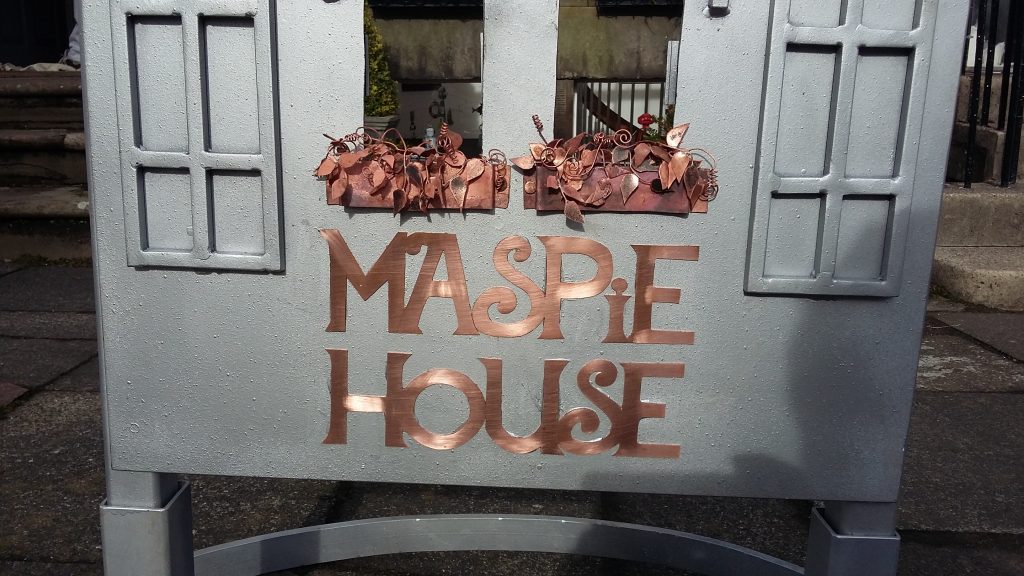 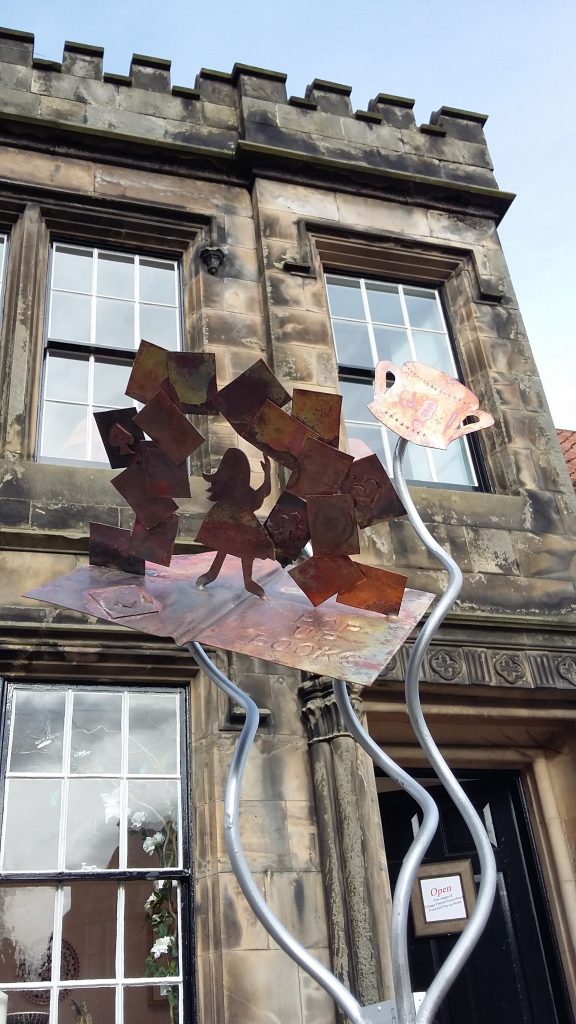 Holidays are over and Maspie House is back open. We’ve a whole new selection of books, a range of tasty foods from all over Fife and Scotland, and some unusual pieces vintage French enamelware. Open Tuesday to Saturday 11am to 4 pm, and Last Sunday of the month 11am to 4pm 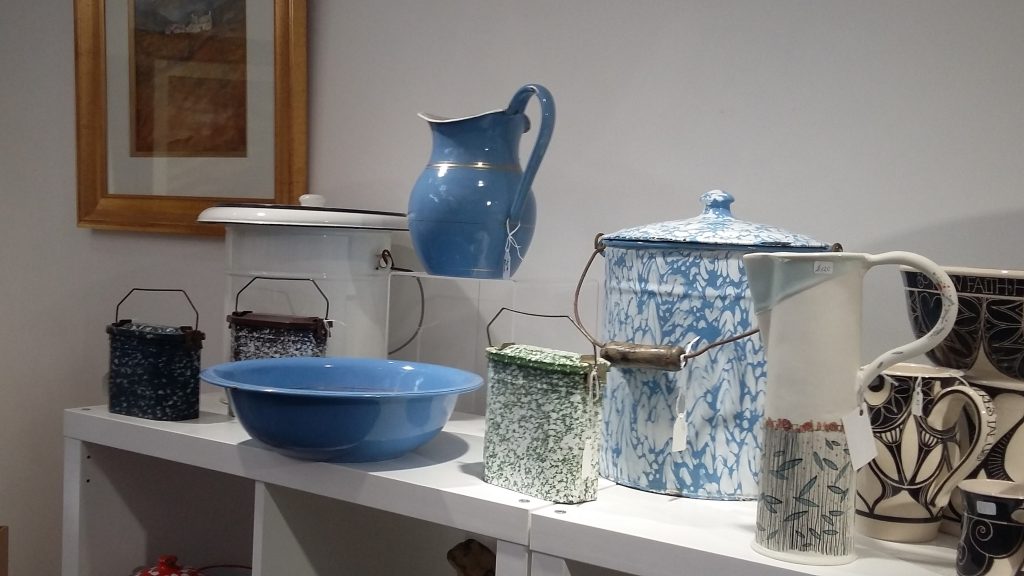 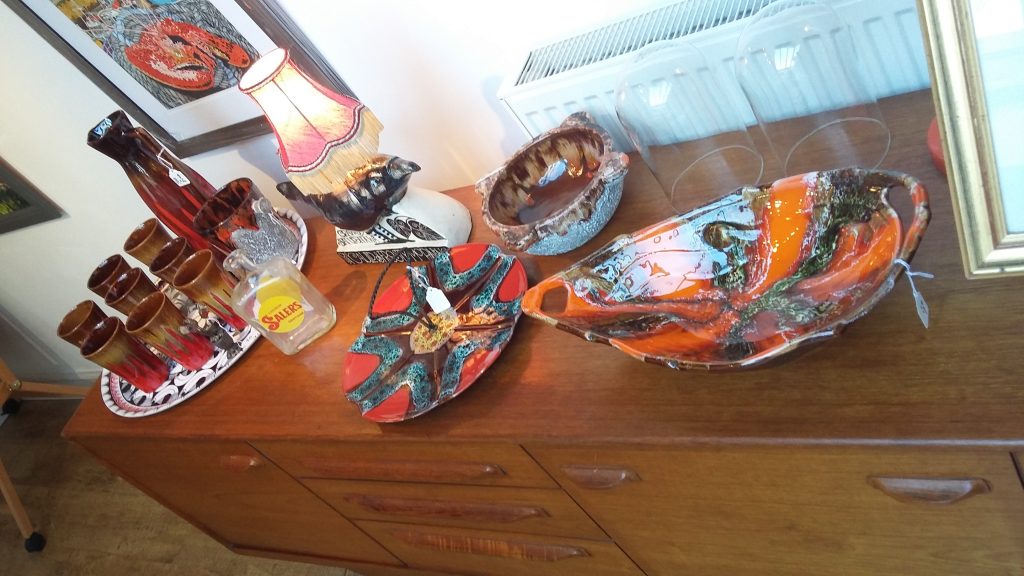 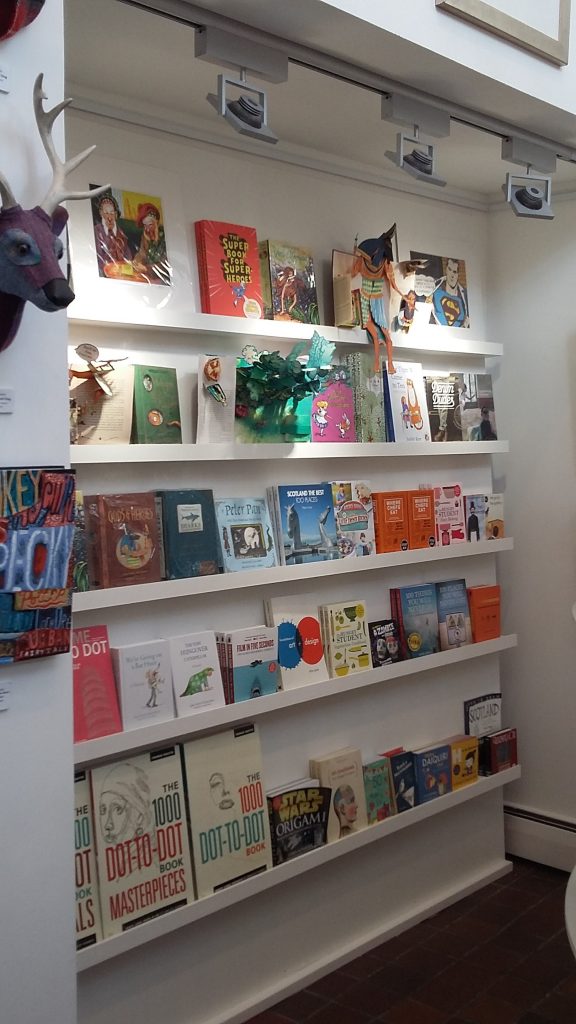 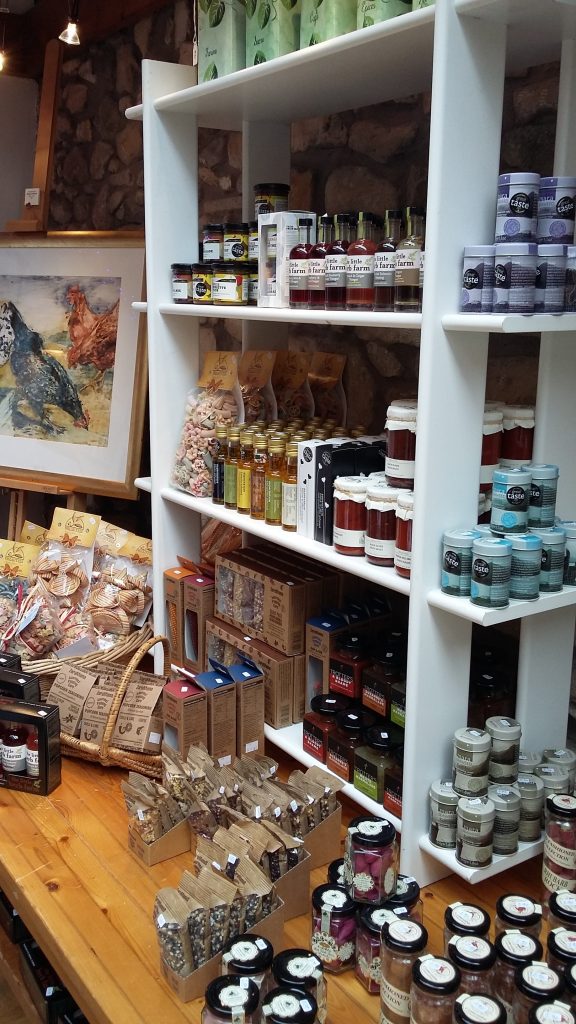 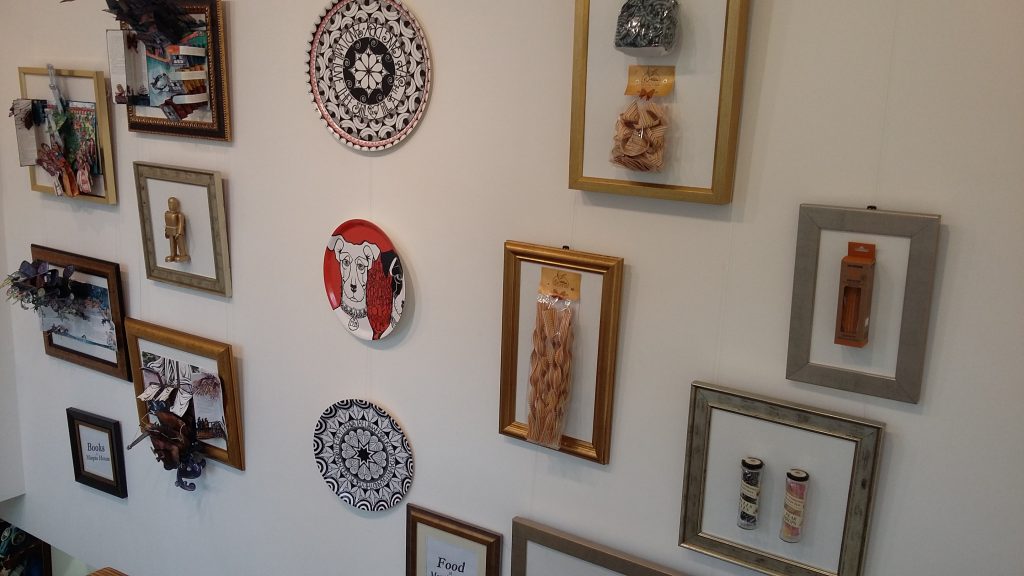 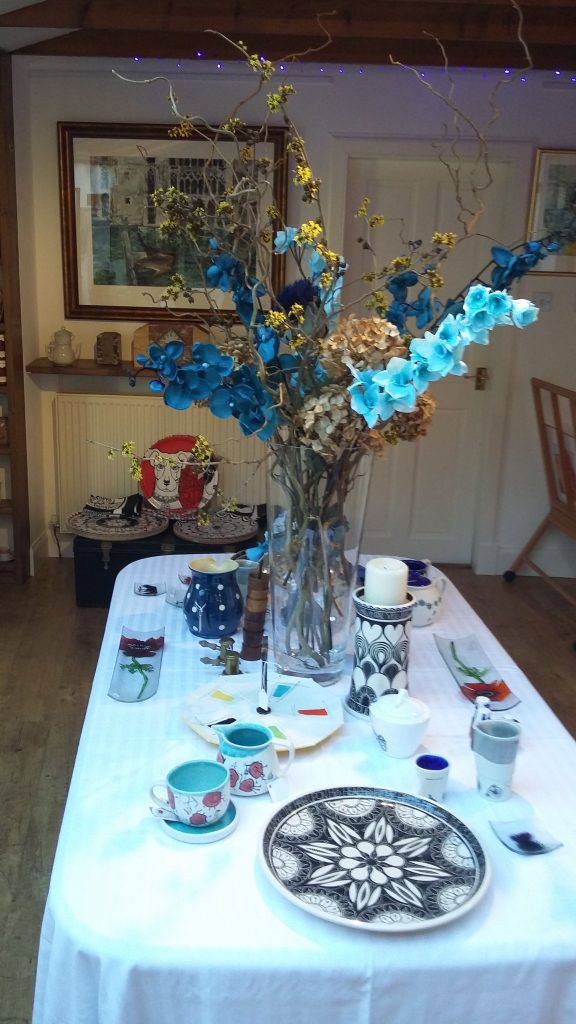 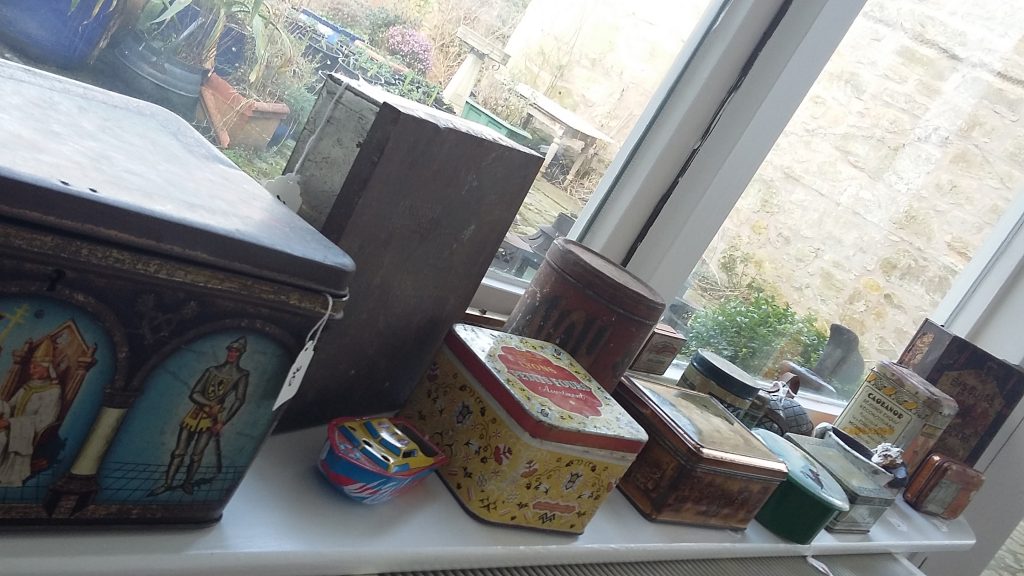 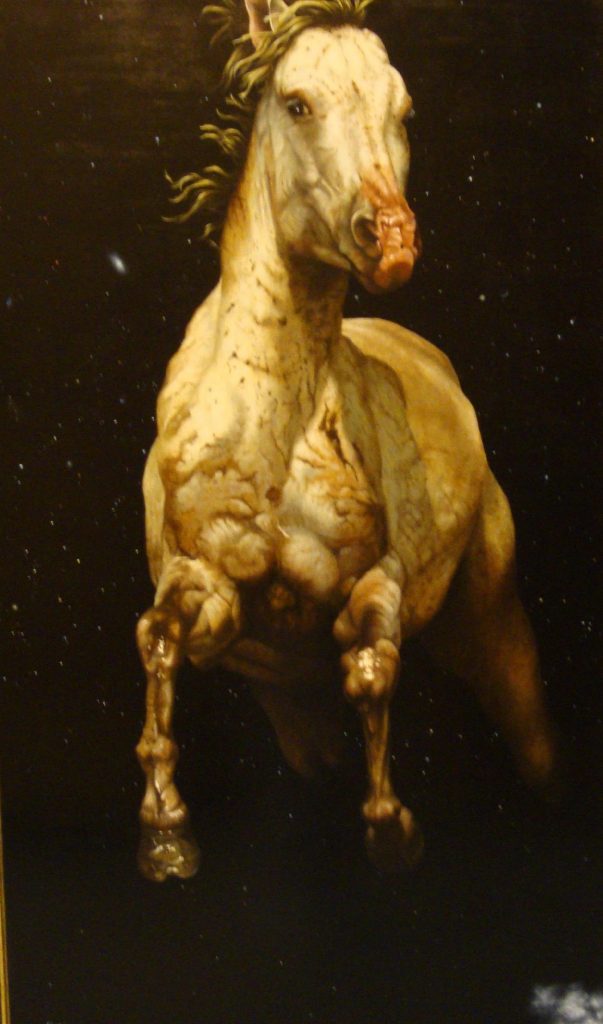 Pleased to say we will be having an exhibition of Bills work from the 22 of October at the Maspie House Gallery in Falkland. Please get in touch if you would like to come along to the private viewing.

Bill Gillon was the youngest child of a very religious working class family. The Church played a big part in the day to day life of the family and its influence can be seen in much of his early work.

Although not a naturally gifted student he was and remained a hard worker. As a teenager he was encouraged by his art teacher Ricky Demarco to try his hand at Art College.
At Art College Bill quickly gravitated towards figurative painting but latter said that he had thought of studying sculpture. Bill had some success at college with several of his works being added to the college’s collection. Although a hard worker Bill did not always work well with authority and towards the end of his college career found himself in the position of being suspended from college at the same time as being awarded a painting prize.
After college Bill taught at number schools including his old school Scotus before settling at Telford college for 30 odd years. At Telford Bill developed a course that placed drawing and painting at the heart of learning. He believed that teachers should be practising artists and that students should be able to see the teachers practice.
The subject matter of Bills work was often very dark (especially during the 70s) this and his uncompromising attitude towards showing and selling the work, led to controversy and a reputation for being difficult. This was mirrored in the work place, a respected teacher but with very set views about the role of management.
In his painting Bill worked to his own agenda and refused to let commercial (and sometimes practical) considerations to influence the form or content of his work. He put a lot of time and energy into ensuring that he knew the craft of making paintings , it was important to him that his work would age as well as any of the old masters.
As an artist he was generally loath to admit to being influenced by any other artist but he did a various times talk about admiring the work of people like Bernard Hesig , Holbien and Francis Bacon. Bill always was inspired by his models and has left a huge archive of photos and sketches of the people who inspired him. Towards the end of his creative life Bill became far more concerned with in his words painting beautiful things and his work reflected this with a new found confidence and sense of contentment.
We believe that Bill had a stroke while in Amsterdam 4 years ago, his ability to paint or draw was completely destroyed and he has been unable to work since then. Sadly I personally think he was just starting to do some of his best work, that his years of perfecting his skills was now allowing him to express a whole new side of his creative personality.
Bill now lives in a care home and after a bit of a bumpy start has settled down and is content with his new home. The nature of Bills illness means he remembers very little of his past life and does not always recognize his own work but if asked about himself he is very clear that he is an artist.

More work of photographer Mat Hay will be in the gallery next week. Mat is shortlisted for the Fotofilmic 15 Award which is currently hanging in NYC. 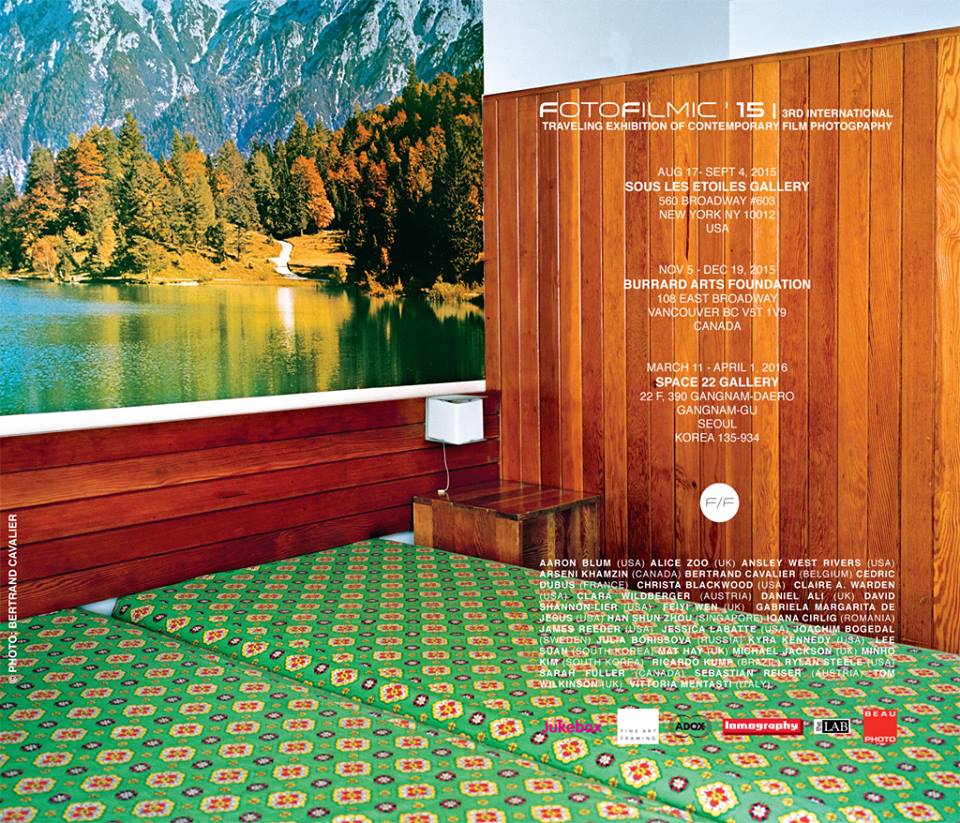 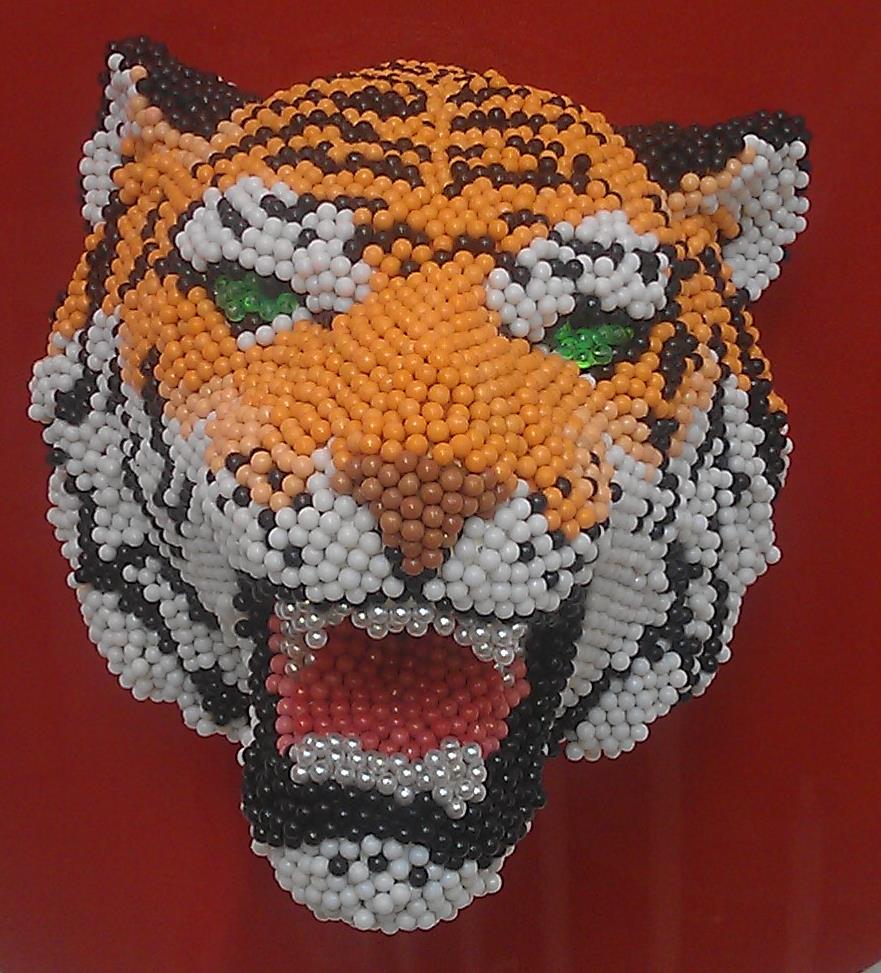 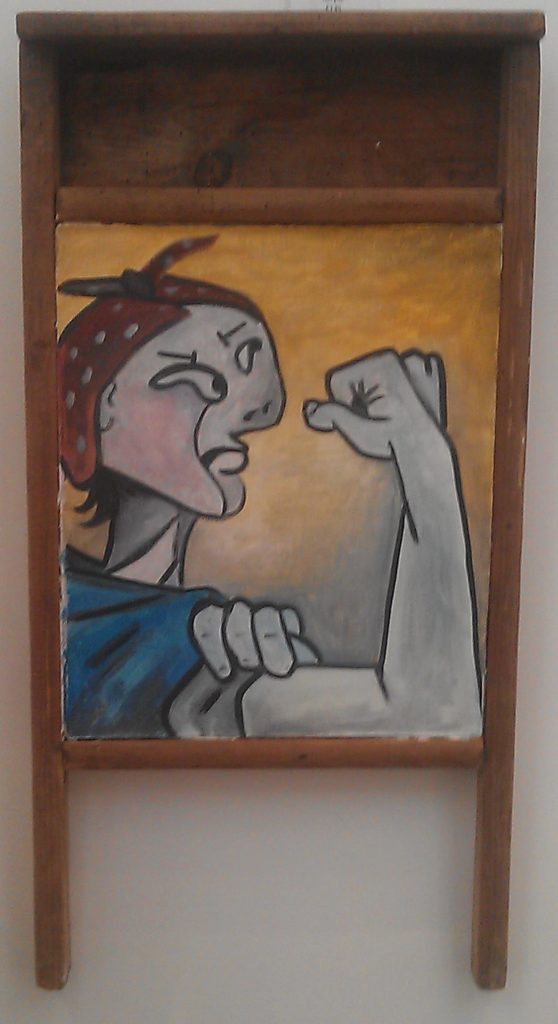 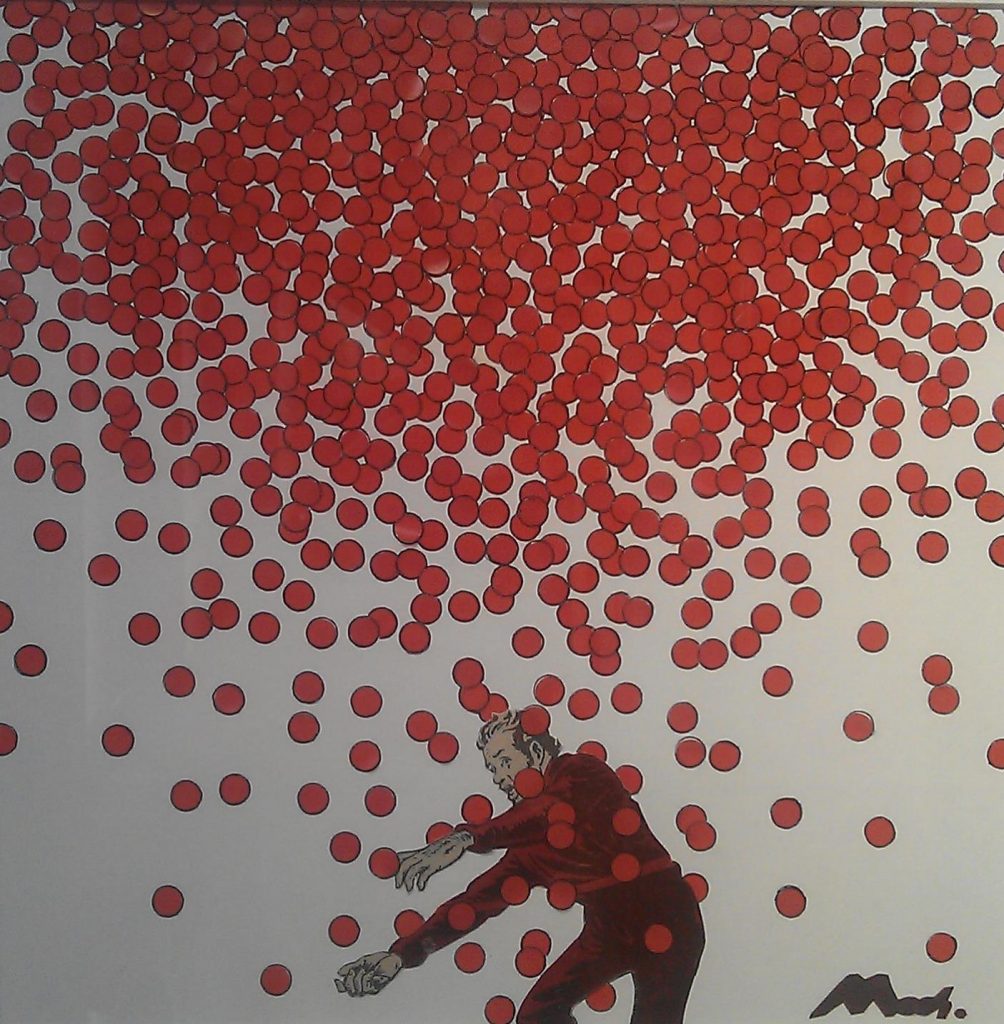 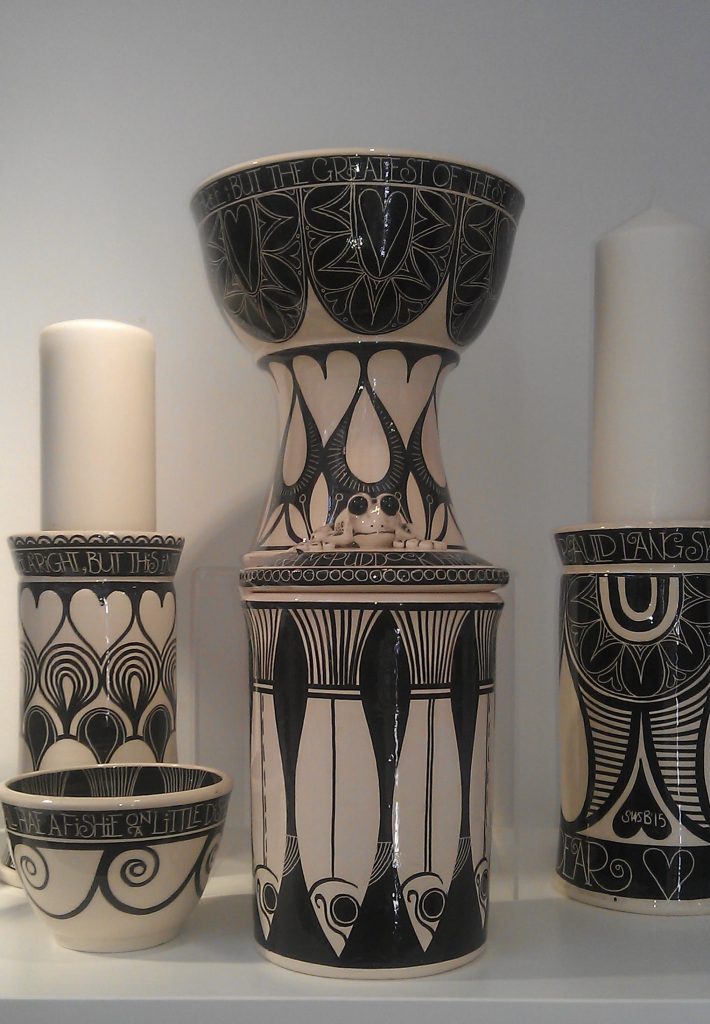 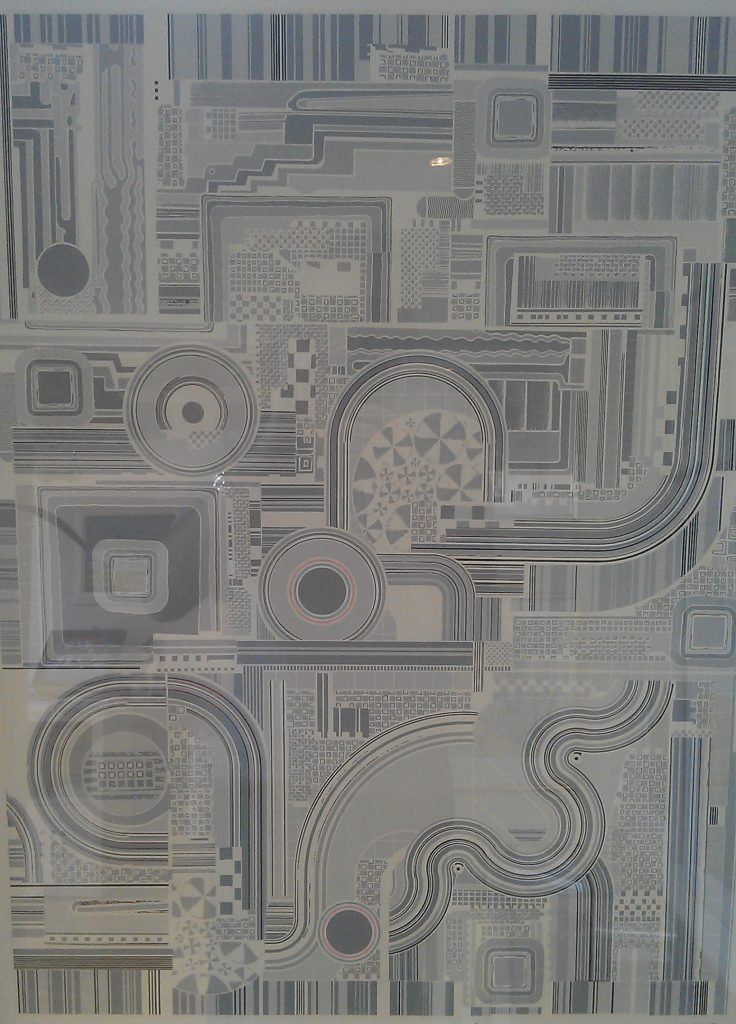 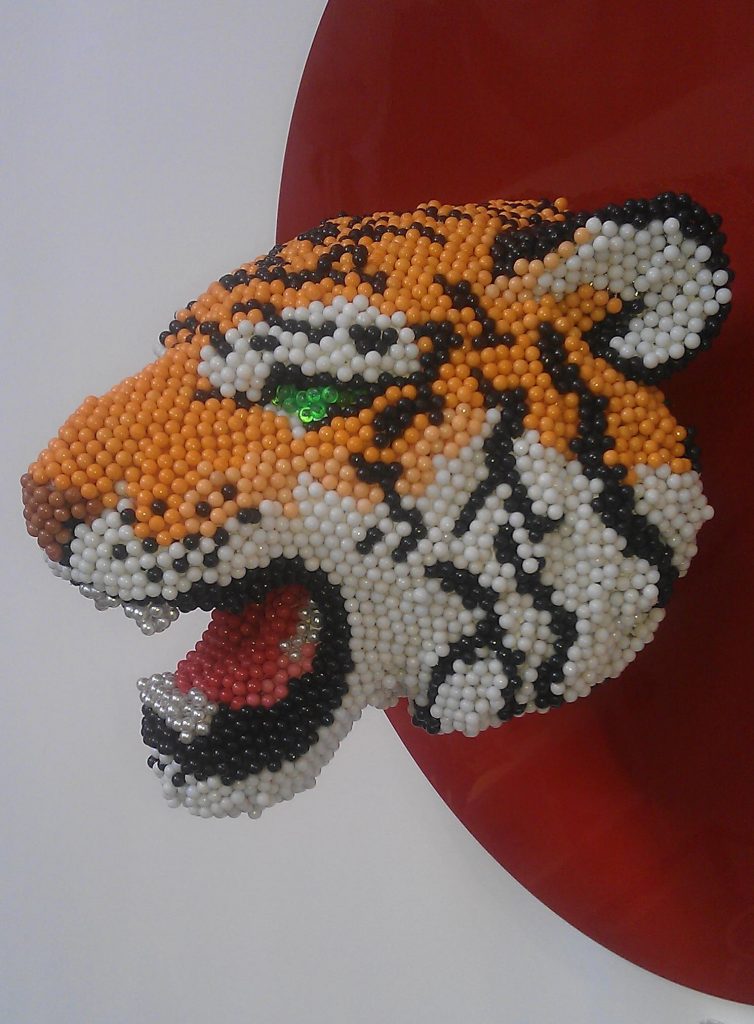 Fifers who have made a contribution to modern culture are the subject of a fascinating photo-art exhibition. Creative Fifers is the idea of photographer Walter Neilson, who wanted to take studio images of 30 well-known figures from Fife.

The genuine fake Picasso by Dominic Currie, that caused a worldwide stir when the story first broke a few weeks ago will also be on show. The performance painting reputedly by Pablo Picasso was claimed to have been found in an attic and as part of a gift from a Soviet soldier to his girlfriend in the mid 1950s.

It was a piece of Performance Art and an experiment in media relations towards artistic iconoclasm at the expense of new up and coming artists who never get much (if any) media attention.

Maspie House Gallery in Falkland will be displaying the second summer exhibition in the gallery from the 4th June, and will be showcasing the works of top Scottish artists such as Jonny Hannah, Tom Sutton-Smith and Dominic Currie.

Born and bred in Dunfermline, Jonny Hannah studied illustration at Liverpool Art School and then the Royal College of Art.  Jonny’s work has graced the pages of Vogue, he New York Times and many book jackets, as well as advertising and design work for clients such as English National Opera and vintners Justerini and Brooks.

It’s a welcome return to the Gallery for Tom Sutton-Smith and Dominic Currie.

Tom Sutton-Smith grew up in Scotland and attended Edinburgh College of Art, before moving to Canada in 1981, to find new challenges. Last year Tom’s portrait of the Countess of Strathearn that was presented to the Royal couple on a visit to Forteviot Village Hall on behalf of Perthshire Open Studios.  The Chair of POS said that Tom captured soul in his informal painting, and the Royal couple loved it too. “William said “Wow, it’s brilliant! That’s going up in my room.”

Methil man Dominic Currie says he became an artists by chance! Dom plays with the crossover of cultural and historic connections between American and Scottish accents. Taking inspiration from people like Lichtenstein by using the medium of the paper comic, his work is bursting with colour, character and familiar images.

Gallery owner John McLaren says “The public’s response to Maspie House Gallery in this first year has been wonderful. The wide range of art, ceramics, books and jewellery never fail to amaze; while the spiral stairs brings back lots of memories to people that remember the building first incarnation as a gift shop, or even when it was the village Post Office. Much like Outlander that was filmed in the village we’re taking people back in time.”

The Gallery will continue the permanent exhibition of work by contemporary artists such as Susan McGill and Sarah McLaren.

Maspie House Gallery is open, 11am to 4pm, Tuesday to Saturday and from 12 noon to 5pm on Sundays.

Despite what the weather says, Summer is upon us. 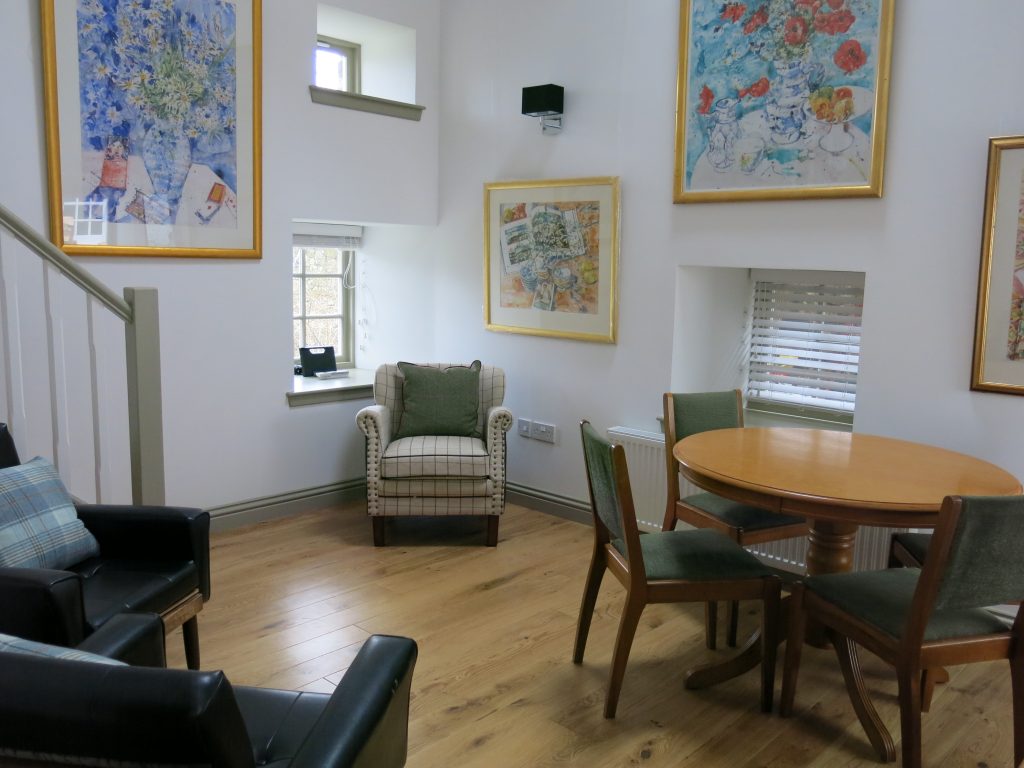 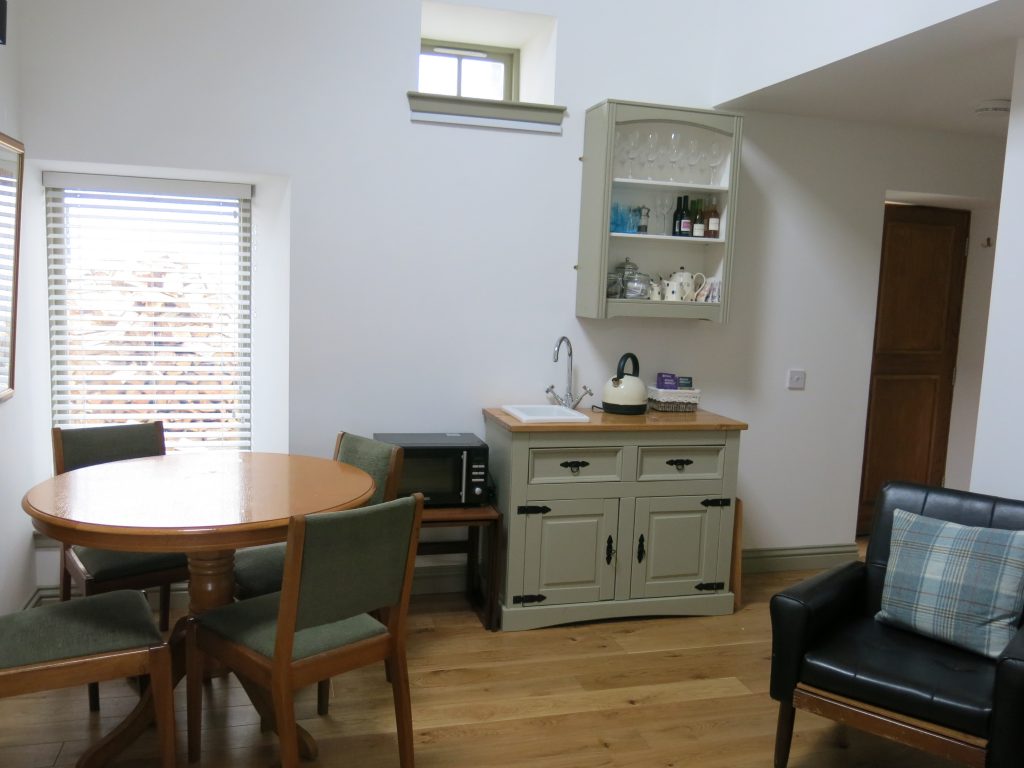 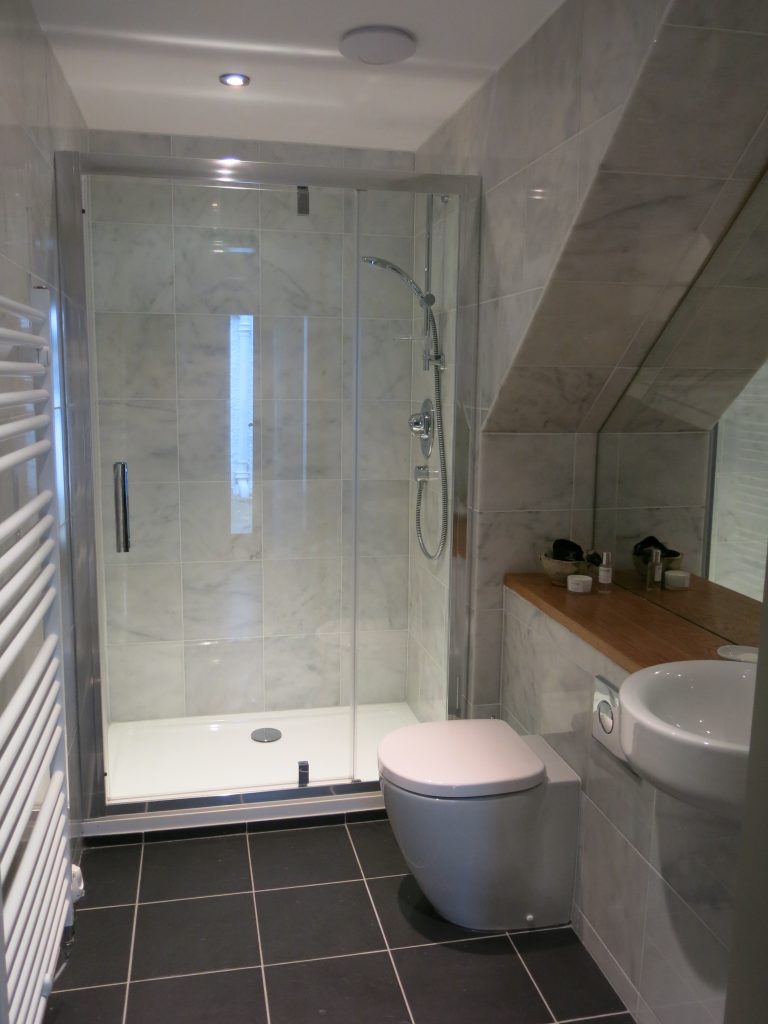 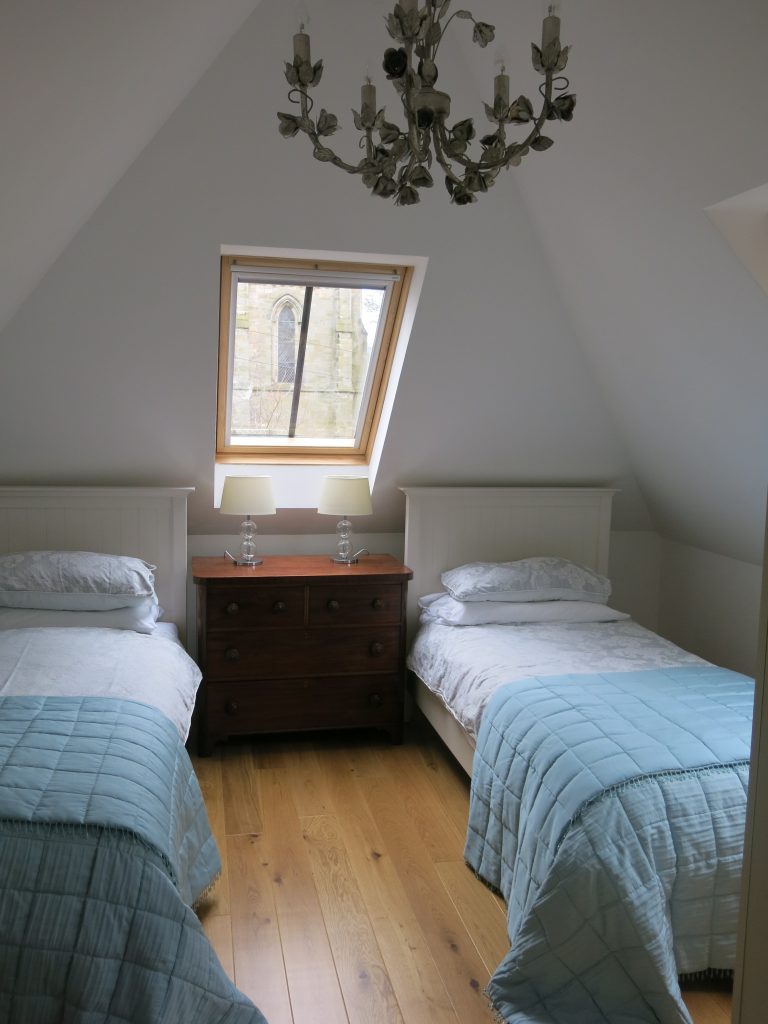 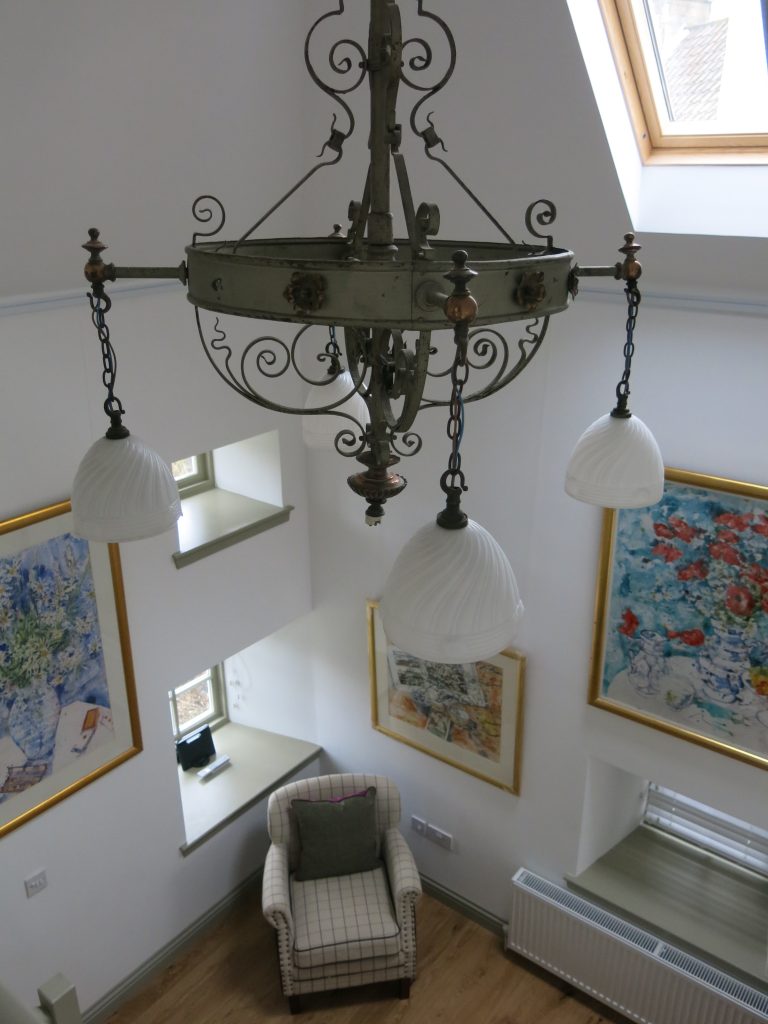 Some interior shots of The Ruin. Watercolours are by Sarah McLaren.