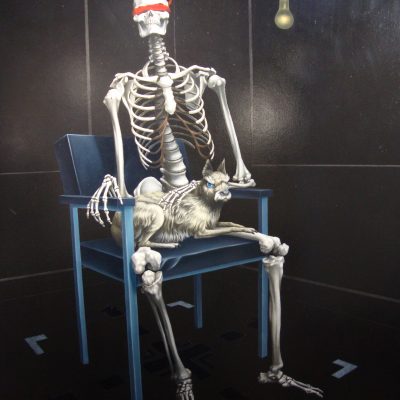 Willian Mary McGillon Gillon was born in Leith in 1942, the youngest child of a very religious working class family. The Church played a big part in the day to day life of the family and its influence can be seen in much of his early work.

To give his father’s work the recognition it deserves, Stephen committed himself to showcasing the artworks starting with an open viewing earlier this year and an exhibition at The Scottish Arts Club in Edinburgh. The latest chapter in his campaign has resulted in the show at Maspie House Gallery. 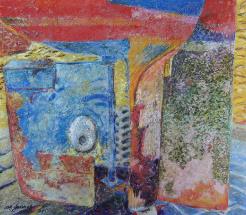 Alf works from figurative themes in mainly acrylic and watercolour, which may develop into abstraction. He captures the atmosphere and feelings generated in him, through his use of colour and texture. 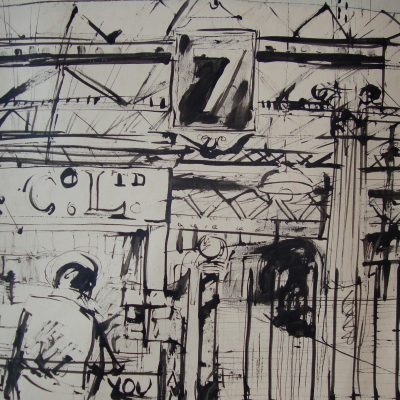 <p>Susan trained in Graphic Design and then completed an Honours Degree in Ceramics, graduating from Duncan of Jordanstone College of Art in Dundee in 1991.  Susan has built an enviable reputation as a successful ceramic artist, alongside the demands of bringing up children.  The close link between work and family life has become the strongest influence in the development of her designs.  Susan incorporates Scottish verse in her decoration, which she balances with bold patterns in black under glaze on a white earthenware body.  She works from her studio at her home in Fife, throwing, building and hand painting all her work herself, which gives each piece a unique and personal appeal.  In 2011 Susan McGill and her sister Anna MacKenzie launched their company, Susan McGill Designs.</p> 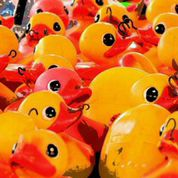 <p>Susie studied Illustration &amp;amp; Graphic Design at Edinburgh College of Art.  After graduating in 1976, Susie and her husband moved to London where Susie worked as an illustrator for eleven years, specialising in books and magazines for children.  In 1988 the couple moved back to Edinburgh with two small children and then in 1994, the family settled in Crail in the East Neuk of Fife, one of Scotland’s loveliest fishing villages.  Susie has illustrated and written books for young children; her most recent work includes a set of six books using a fabric/applique style and also two board books for babies. The titles for these books include Traditional Nursery Rhymes, Lullabies and Fairy Tales.  Susie works with linocut and collage in the studio in the gallery, using the two Victorian bookbinding presses to make hand-made, limited edition, relief prints and pictures.</p> 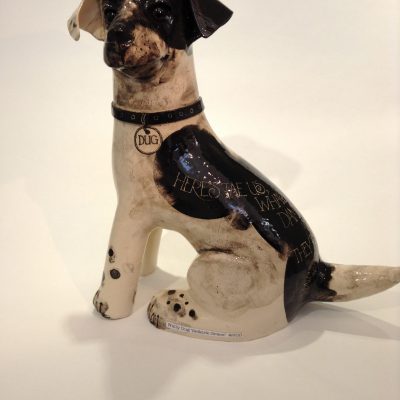 <p>Peter was schooled in Fife, then studied at the Edinburgh College of Art where he won the John Kinross Scholarship from the Royal Scottish Academy, which allowed him to study in Florence. He also gained the Richard Ford Award from the Royal Academy in London, which gave him the opportunity to study works of art in the Prado, Madrid. Early influences include the collection of Scottish Colourists and Post-war Expressionist paintings which hang in the Museum in his home town of Kirkcaldy. Post- graduation, Peter won the Andrew Grant Scholarship which introduced him first-hand to American artists such as Wyeth, Pollock, Lichtenstein and Warhol.  In 1989 Peter won the inaugural British Airways Most Promising Artist Award which allowed him to travel and exhibit worldwide. </p> 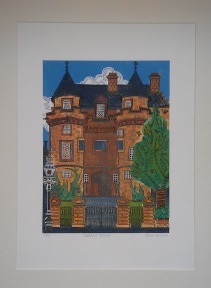 <p>Sarah McLaren trained at the Edinburgh College of Art, where she won the Christmas Show prize in 1984.  She has travelled and worked in France and Spain and has exhibited at the RSA, RSE and the SSA. In 1991 Sarah won the Royal Bank of Scotland Trophy, The Anne Redpath Prize (SAAC) and the Betty Davis Award (RSA). In 1992 she was featured in a London exhibition of leading contemporary Scottish artists and in recent years has exhibited extensively in Glasgow and Edinburgh.  Following some time living and working in Shetland, Sarah now lives in France and continues to produce exhilarating and flamboyant splatter-style watercolours.</p> 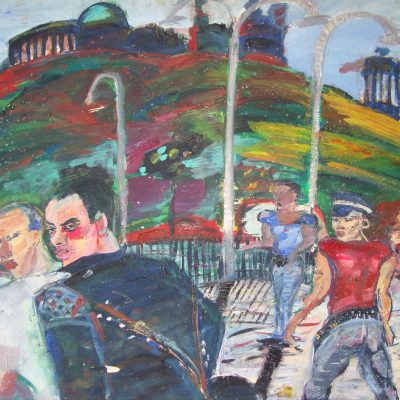 <p>Mat Hay graduated with a First-class BA(Hons) in Photography and Film at Edinburgh Napier University in 2013. Since starting his degree Mat has exhibited in solo and group shows in London, Bristol, Edinburgh, Dumfries,and Glasgow. He was selected for the Vignette Awards 2013 at Photographique, FutureProof 2013 and the Jill Todd Photographic Awards 2014 at StreetLevel in Glasgow, and was published by Aesthetica Magazine as one of their '100 Contemporary Artists' of 2014</p><p>In between shooting large-scale tableau in the Highlands of Scotland or commercial portraiture in Edinburgh and London, Mat works for other established photographers including Annie Leibovitz and Nadav Kander.</p> 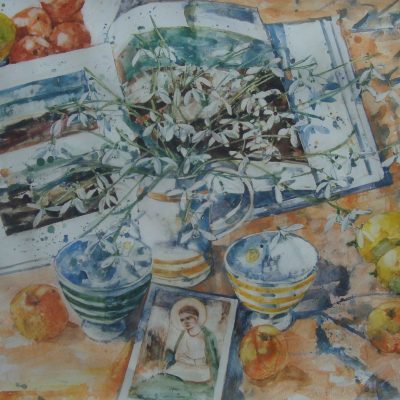 Sarah McLaren trained at the Edinburgh College of Art, where she won the Christmas Show prize in 1984.  She has travelled and worked in France and Spain and has exhibited at the RSA, RSE and the SSA. In 1991 Sarah won the Royal Bank of Scotland Trophy, The Anne Redpath Prize (SAAC) and the Betty Davis Award (RSA). In 1992 she was featured in a London exhibition of leading contemporary Scottish artists and in recent years has exhibited extensively in Glasgow and Edinburgh.

Following some time living and working in Shetland, Sarah now lives in France and continues to produce exhilarating and flamboyant splatter-style watercolours. 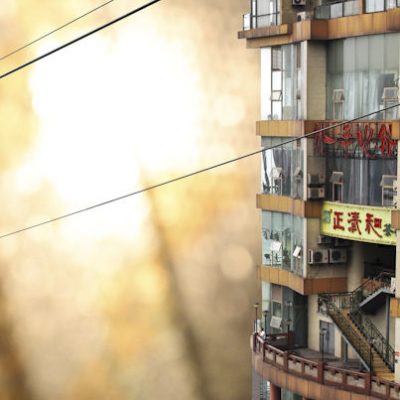 <p>Kevin studied graphic design in Aberdeen, complimenting this with life drawing classes.  He love a project that involves time to evolve and cure, leaving him with a notepad of theoretical diagrams and a garage strewn with trial attempts. It has to be something that pushes the boundaries and leaves him not wanting to put a price on it.</p> 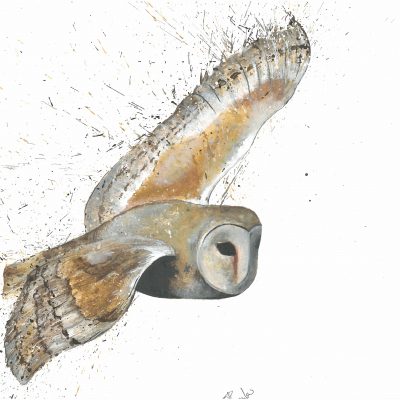 Clare Brownlow is a Scottish Borders-based artist who has developed a thriving business around her beautiful animal and game portraits, which are painted in an unusual and unique way, using a pheasant tail feather and coloured inks.

Clare draws inspiration for her work from the wildlife around their Borders home; from the bountiful game and fish in the surrounding rivers and hills, the bees and birds in her wild garden, and also from the plains of Africa where she has spent time.  In creating her exquisite animal portraits, she has developed a unique style and execution.   Using the pheasant tail feathers from local shoots as a quill, she draws and paints in coloured inks, expressing the character of the animals with an immediacy and vibrancy that has proved extremely popular with a wide clientele. 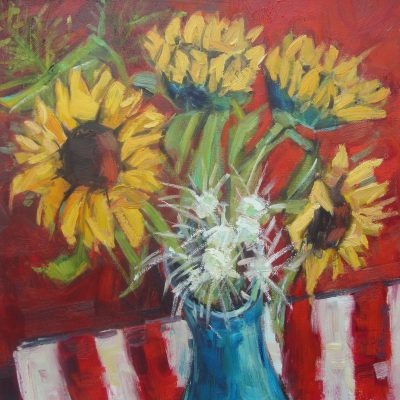 Tom Sutton Smith grew up in Scotland and attended Edinburgh College of Art, before moving to Canada in 1981, to find new challenges.  Tom pursued a career in advertising with Scotland’s leading agencies .

After a successful career in advertising, as an art director and creative director in Montreal, Toronto and Winnipeg, Tom decided to breathe again and fulfil a lifelong ambition by painting full-time.

Now repatriated in Scotland he works mainly in oil on canvas, on a broad range of subjects including portrait commissions.

Frances Crichton Stuart was brought up in Falkland Palace, her family home. Frances graduated with a BA Hons from St Martins School of Art, London. Frances exhibited at New Contemporaries London. She won the Chelsea Arts Society prize for Painting, and was short listed for the John Player Portrait exhibition at the National Portrait Gallery.

In addition to book illustration, poster design, maps, public mural art and tapestries, Frances has had solo and group exhibitions including The Royal Scottish Academy and Visual Arts Scotland.

Frances obtained a Diploma in Theology from Allen Hall, London and then embarked on a collection of "Icones" in egg tempera which were exhibited at the Galerie Sauver Bismuth in Paris.

Frances is currently a part-time Open Studies student with the University of Edinburgh, examining Past and Contemporary Art practice in the hope of deepening her understanding of how art works. 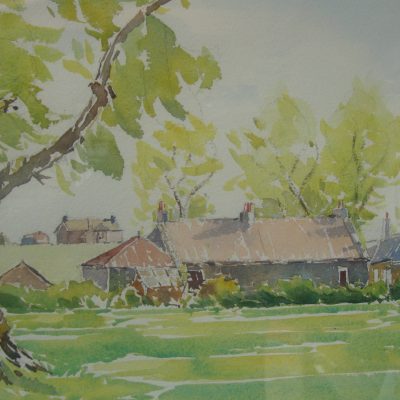 Jean Drew has painted in watercolours for many years.

She is a Land Manager and Forester with a deep interest in the Scottish Countryside. She has travelled in the Artic studying the flora and visited other parts of the world. She is resident in Fife and Sutherland. 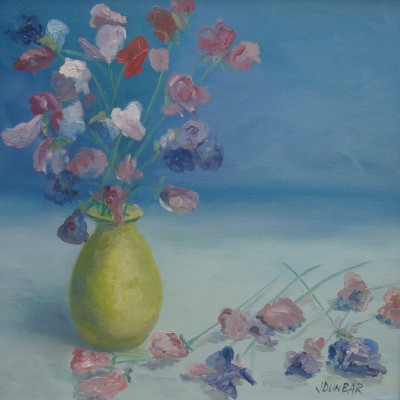 John Dunbar studied at Edinburgh College of Art and then trained as a draughtsman in marine engineering, later changing professions into Architecture. John is mainly self-taught painting usual subjects of Scottish landscapes. Always paint in oils and prefer painting the subjects in location.

A member of the Scottish Society of Architect Artists and regularly exhibits in their annual exhibitions. President of the Edinburgh Art Sketching club (founded in 1946) and Ats Convenor for the Scottish arts club. Winner of the 2013 Pittenweem arts open painting competition. 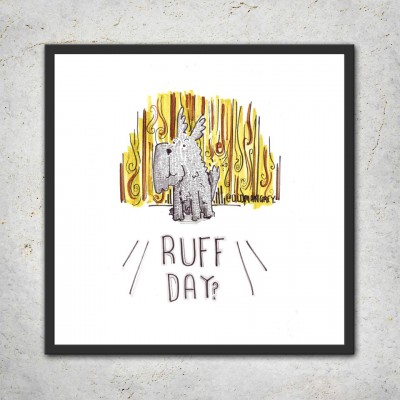 Old Man Grey is the weird and wonderful alter ego of Edinburgh based illustrator Graeme Clark. If you have a liking for facial hair, wee dugs, crafty cats and male pattern baldness, then you've come to the right place. Enjoy! 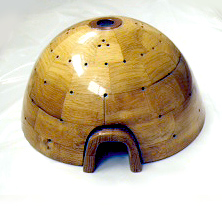 Jake Curley graduate of ECA 1998. He has exhibited in the RSA 3 times and had his first novel "Glasgow Green" published last year.  He is 58 and come from the east end of Glasgow. He has stayed in Edinburgh for twenty years and teaches a small art class in the south side of Edinburgh, spending most of his time writing. 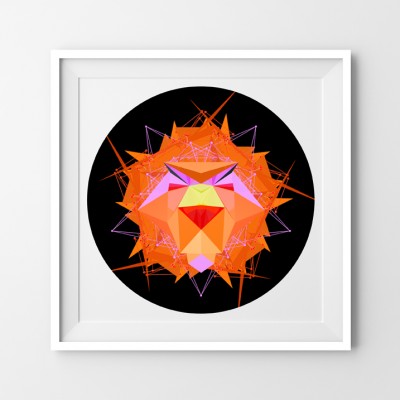 Cristina Spiteri is a 3D artist,  illustrator and night owl based in Edinburgh, Scotland. You'll often find her working into the wee small hours, this is the time where the ideas and characters that fill her moleskins take their very first steps, often into a quirky 3D world. 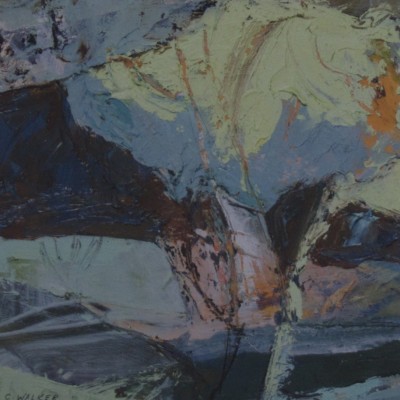 As a painter, my narrative does not lie in words.

Paint, for me, captures all I want to say. Each painting comes with a ‘title’, laboured over, a ‘crumb’ of suggestion. Take some time, to listen. Colette Walker originally trained as a Designer and Photographic Assistant in Aberdeenshire before retraining as an Art Psychotherapist at Queen Margaret University in Edinburgh. She studied Drawing and Painting at Leith School of Art and recently completed a course in Contemporary Art Practice. 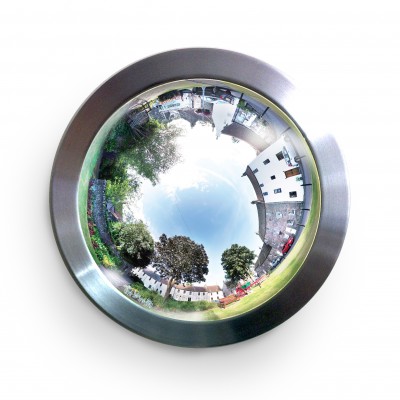 Kevin studied graphic design in Aberdeen, complimenting this with life drawing classes.  He love a project that involves time to evolve and cure, leaving him with a notepad of theoretical diagrams and a garage strewn with trial attempts. It has to be something that pushes the boundaries and leaves him not wanting to put a price on it. 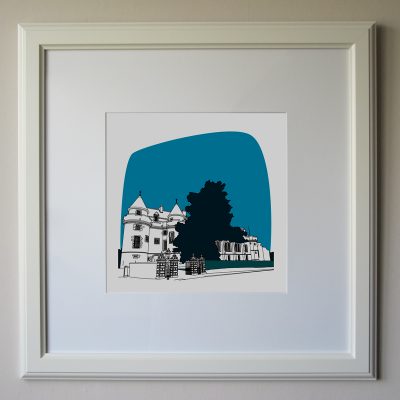 Mandy has always had a passion for architecture and loves to create artworks that show the precise clean lines and angles of buildings. She’s all about the intricate detail with a splash of bold colour adding an element of fun and personalisation

Her work has evolved from an initial artwork that she created of the exterior of her own home which included a bold coloured sky to complement the interior design of her room.

For this exhibition she has created two pieces in a series of larger scale historical buildings: Linlithgow Palace and Falkland Palace